A Brief History of The Rogue Valley Wine Region 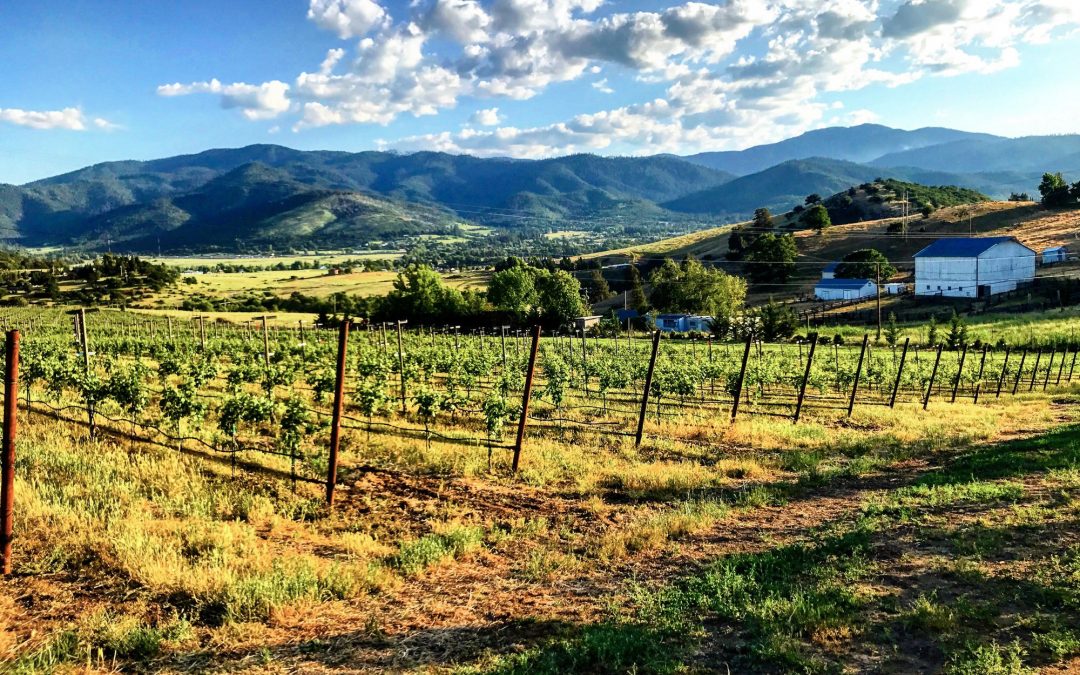 When Oregon wine comes up in conversation it's almost always focused on the famous Willamette Valley of Northern Oregon. Known for its world class Pinot Noir and Chardonnay, this region has rivaled Burgundy in the quality of the wine, so it's understandable that it commands so much attention. There are, however, a number of other American Viticulture Areas (AVAs) in Oregon that are making incredible, high quality wines. From the Umpqua Valley, down through the Applegate and Rogue Valley Wine Region, these feature distinctly different climates as well as a wider variety of grapes.

The Rogue Valley Wine Region, in particular, has recently emerged as a region showcasing high quality, unique, and diverse wines. So in the spirit of helping you get off the beaten path and finding undiscovered treasures, let's take a trip to the Rogue Valley!

A Little History & Geography Before the Wine…

The Rogue Valley Wine Region has a long history for a territory so far west from the cradle of our country's beginnings. This is due to the fur trade, the Donation Land Act of of 1850 (which promoted settlers to move westward), and perhaps the most interesting reason: a miniature gold rush – one that found $70 million in gold from the Rogue River and in the surrounding mountains. Maybe we should bring our metal detector on this trip!

The Rogue River, flowing 215 miles westward from the Southern Oregon Cascade mountains to the Pacific Ocean, passes along the north end of the Valley. The river spins off tributaries which run south off of the river and into the valley. These tributaries are the Applegate River, the Illinois River, and Bear Creek. This is important to note since most of the wineries in the region are found in the valleys formed by these tributaries, as opposed to along the Rogue River itself.

Along with scenic woodlands and lush greenery, the Rogue Valley is flanked on both sides by gorgeous hills and mountains that are part of the Southern Oregon Cascades and the Siskiyou Mountains. If you have ever taken the drive along Interstate 5 north from California you are confronted with the vast beauty of the Rogue Valley as soon as you cross the Oregon/California border. Interstate 5 runs directly over the Siskiyou Mountain Summit at 4,310 feet and promptly drops approximately 2,000 feet down to the valley floor of the Rogue. Needless to say, the view is breathtaking.

Now that we're enamored with the landscape, let's turn our attention to the winemaking. There are many interesting factors which make the Rogue Valley suitable for grape cultivation. First is the elevation. The valley floor of the Rogue Valley is at 2,000 feet (for comparison, California’s Napa Valley floor is only at 150 feet) making this a rather high valley. This accounts for large swings in temperature between night and day (a.k.a. a diurnal range in the wine world). Why is this important? Let's go back to science class for a minute and talk photosynthesis!

During the day vines go through a photosynthesis process that lowers the acidity in the berries and replaces them with sugars. These sugars are pivotal for alcohol production, but if there is too much sugar then the resulting wine may be unbalanced, overly alcoholic and not acidic enough to showcase the true flavor profile. When you have a situation like in the Rogue Valley Wine Region, where the nighttime temperature drops significantly, this photosynthesis process is halted and the berries temporarily stop ripening. This allows the acidity to return from the vine into the berries and can allow for a longer ripening period, which in turn can reflect a more balanced wine in both flavor and alcohol level.

Another factor which makes the Rogue Valley a unique place for grape growing is its climate. Located slightly inland from the Pacific Ocean and protected by the Southern Cascades/Siskiyou Mountains, the Rogue Valley Wine Region enjoys a warm to hot growing season with less rainfall than coastal regions or regions open to the moderating influence of the ocean. Rain generally occurs outside of the growing season, which means that hazards such as hail, too much rainfall during harvest, and insufficient sunlight are avoided. The Rogue Valley, on average, sees about 175 sunny days per year, much higher than Willamette Valley which sees, on average, about 80 sunny days per year. This makes the area much more suitable for growing grapes that can be made into heavier bodied wines such as Cabernet Sauvignon, Syrah, and Tempranillo; wines that Oregon has not typically been associated with historically.

The suitability for grape cultivation in The Rogue Valley Wine Region was discovered early on by the photographer Peter Britt who began cultivating grapes in 1854 and making wine under the name Valley View Winery until his death in 1906. Valley View was Oregon’s first winery and the winery still exists today. It operates outside of the town of Jacksonville, Oregon, nestled in the many foothills of this region on the west side of the Valley, near the north end. The winery is known for its Syrah, Viognier, and Tempranillo. And Britt seemed to be onto something.

A Variety of Grape Varietals

Despite Oregon being most well known for Pinot Noir & Chardonnay, the Rogue Valley’s best wines are made from from Syrah, Tempranillo, and Cabernet Sauvignon due to the warmer, more Mediterranean climate. The Edenvale Winery, which started out as pear orchards and converted the majority of their orchards to vineyards, produces some of the best Syrah to come out of the United States, and their Tempranillo is an entirely unique style.

Even though Syrah and Tempranillo dominate the area, that is not to say that Oregon’s staple grapes, Pinot Noir and Chardonnay, don’t have a home here too. There are microclimates along the foothills which are suitable for cultivating these grapes. Irvine and Roberts Vineyards, a small operation that originally planted vines in Willamette Valley, moved their operation to the Rogue Valley and produces incredibly fresh tasting Pinot Noir and hands down the best Chardonnay in the region. Weisinger Family Winery, another small operation, produces a rich Pinot Noir – which is more what you would expect for this climate – as well as a bold Syrah and Tempranillo, but my personal favorites are their Cabernet Sauvignon and their superbly balanced Cabernet Franc. These are just a few of the wineries in the area with many more to explore.

Whatever winery you end up visiting, there are few things more enjoyable than seeing the shadow of the mountains cast against a golden sky and overlooking rolling foothills of green and gold in the Rogue Valley Wine Region. With a glass of superbly crafted wine from one of boutique wineries in the area, of course!

Excited to learn more about Rogue Valley Wine Region? In our upcoming article, we'll be diving deep into two of favorite wines from this region to provide a springboard for exploration into this relatively undiscovered gem of a wine region.