Argentinean Wine: Why Something So Delicious Took So Long To Reach The Masses 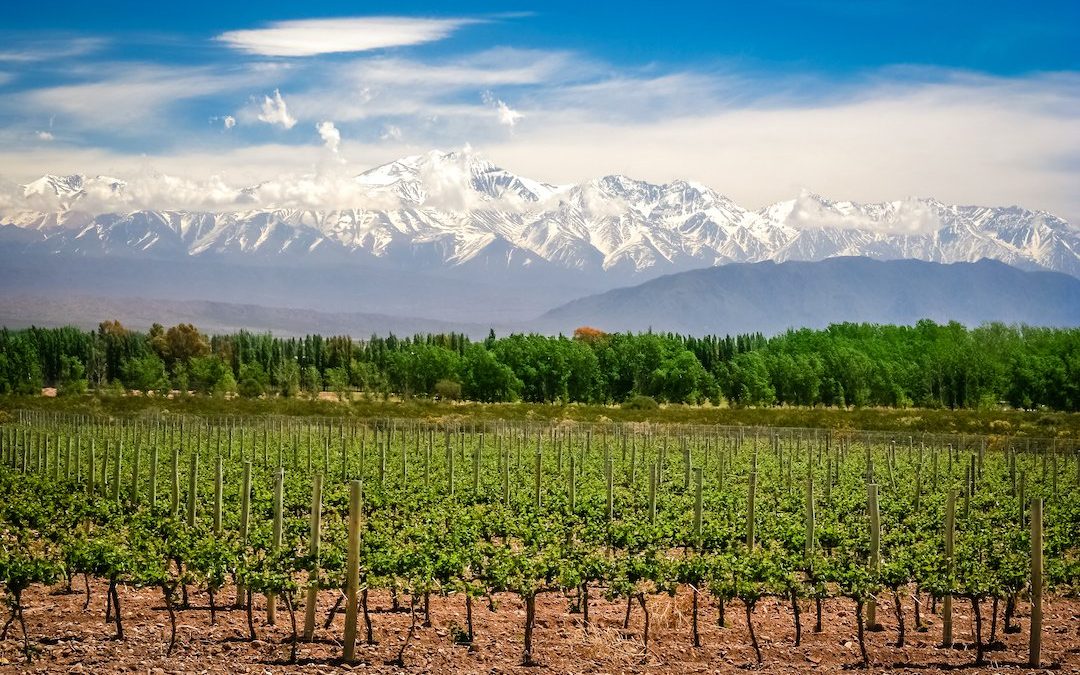 Part 3 of a 6 part series on Mendoza, Argentina

In a land far, far away and hundreds of years ago. Ha ha. Ok, we’re not quite going for THAT kind of story. But we are talking about Argentinean wine, back in the late 1500s. Yep. They’ve been making wine that long. Hard to believe given it feels like we just started really hearing about Malbec and Argentinean wine in the States in the past 20 or so years, right? Why is that? Well…let’s get back to our story:

The regions around the Andes are ideal for growing grapes and so, back in the 1500s as we said, the winemaking began. Since we’re in the 16th century though things are pretty rustic and unless you lived near these growing grapes you likely weren’t getting to enjoy much wine. Yet. So the whole wine thing stayed pretty damn local, even within Argentina itself.

Fast forward to the late 1800s where modern inventions like railways and agricultural schools (with the very first one in the country being built in Mendoza) begin appearing. While there was already quite a lot of land planted with vineyards by this time this was a huge time of growth for winemaking. In the last 20 years of the 19th century alone planted vineyard acres grew more than five-fold. Growth continued exponentially throughout the early 1900s and proper wineries really started to become a thing. Certainly nothing like today but, as locals explained, there was a feeling of transformation in the air as the wine growing regions moved from simple farmland to more developed areas of wine related commerce.

Throughout the 1900s, Argentina was consistently one of the top 10 wine producers in the world. Yet the vast majority of their wine was consumed domestically. And I mean heavily consumed with some accounts of up to 125 liters of wine per person annually in the mid 1900s! During this same time period other top producing countries had rapidly started getting into the global export game. So why not Argentina? Well to be quite honest, at that time it was pretty shitty wine. Since it was really all that the locals knew at that time they didn’t really know or care that it was bad…hence the drinking it like water. Ignorance is bliss, right?

Like many farmers the Argentineans fell into the quantity not quality game. Thinking more was better instead of thinking better was better. So they crowded their vines to get more grape production, they picked too early to make wine faster, they overwatered which led to overgrown vines, robbing the grapes hanging below of the sunshine they craved to reach their potential. They also repaired old concrete tanks cheaply and sometimes in ways that would even impact flavor…like patching up cracks in the concrete with tar. And oak barrels? Stainless steel tanks? Not likely. There were lax rules and regulations as well with most locally sold wine labeled as only red, white or rose. Varietal, vintage and region simply wasn’t important to most consumers at that time. Which allowed producers to make simple, unsophisticated, cheap wine. Nothing that the global market wanted and nothing that Argentina could compete with on a global scale.

Top this off with a country-wide wine scandal. According to locals during the 80s wine was often still getting shipped cross-country in giant trucker tanks. Think of those trucks that cart water across the country. Wine sloshing around inside the tank of a truck waiting to get to its final destination for bottling and local consumption. Efficient? Yes. Until some of the truck drivers get savvy and start selling the wine along their route. And then refill their tank with various, sometimes lethal (like methanol) liquids to replenish the lost volume.

So what started as bad wine was now even worse…and sometimes deadly. Yikes. Nope…no global trade interest here! The good news is that this did lead to quite a few improvements in regulations and laws so that nothing like this would ever happen again. One step in the right direction towards modernization. But then there was another step back. Right around this same time, the local wine consumption had been dropping drastically as beer and soft drinks started being imported and gaining in popularity. And from the sounds of it, this local consumption drop-off was pretty damn significant. So the wine industry was in trouble, even locally.

High Potential Amidst Even Higher Mountains

The saddest part of this story is that Argentina has the IDEAL combination of resources to make GREAT wine! They have inexpensive land and labor plus fantastically fertile soil with a perfect mix of rock and sand. Not to mention the amazing weather (minus the frequent golf-ball size hail storms!), high altitude and low humidity that makes Argentine vineyards much less susceptible to insects, mold, fungi and other diseases that plague so many of the other main wine producing regions. And winemakers from around the world were starting to notice, spend time in the area and approach select wineries with their ideas about potential improvements and opportunities.

Opportunity Born Out of Crisis

So where do we go from here? Lots of wine, but not very good wine despite the great potential. So how did we get to where we are today? Well, bad news for Argentina but ultimately great news for the wine industry…the financial crisis in the early 2000s. This plummeted many into poverty, increased unemployment to astronomic levels and greatly devalued the peso.

And while Argentine wine exports were still tiny all of a sudden those tiny exports were tripling and quadrupling in profit because of the devalued currency exchange rate. And while profits were increasing costs were remaining flat or even decreasing since they were in local currency. Instead of taking advantage of this situation a few smart wineries saw it as an opportunity to reinvest in the wine industry and help it reach the potential they and some foreign investors and winemakers had been envisioning. Talk about making lemonade out of lemons. Or good wine out of bad wine? Yes, that’s what they did.

This reinvestment was two-fold. The current economic situation attracted a flood of foreign investment to revamp outdated processes and shift the focus from quantity to quality…with an eye on the export market instead of the local market alone. It also meant that established wineries who had already started to move towards quality over quantity piece could now reinvest their profits into educating the global market about Argentina’s reigning but relatively unknown varietal, Malbec. This created demand, allowing them to begin a sustainable export business with their newly high quality (and higher price point) wine.

And the rest, as they say…is history. Over the next 10 years the global market started to learn about and love Malbec, Argentina became more commonplace in talk of wines around the world and their wine regions slowly became massively popular tourist destinations.

While Malbec certainly isn’t Argentina’s only wine, today it remains it’s most important and well-known wine. It’s had a rocky start…from its origins in France, where many believe it was named to mean “bad mouth”, to its quantity over quality, truck driving scandal history in Argentina. It’s been tough. But it’s a persistent little grape and the Argentineans are persistent, savvy people who are now known around the world for making amazing wine. And let me just say…the Malbec we get here in the states is only the tip of the iceberg. The Malbec that I drank in Argentina is mind-blowingly good. As is the Torrontés, Bonarda, Cabernet and many other varietals. And the people who make it are passionate, amazing and proud to share their story. And I’m thrilled to be able to share it here with you. Drink Malbec, scratch that drink all Argentinean wine. After all, everyone loves the underdog…especially when they’re sharing amazingly delicious wine!

Have you fallen in love with Argentinean wine as much as we have? Tell us why and what you love! Anything to add to our story from your own travels? Stay tuned for the next article in our Mendoza wine series…we briefly mentioned the concrete tanks above, but we’re going to go a little deeper into what they are, how they’re different from most other wine making approaches and some interesting little historical stories (some a bit horrifying!) related to the tanks.

Ready for more Argentina inspiration? Check out the rest of this 6 part series here.