All in the Family: Silver Tree Beer & Spirits 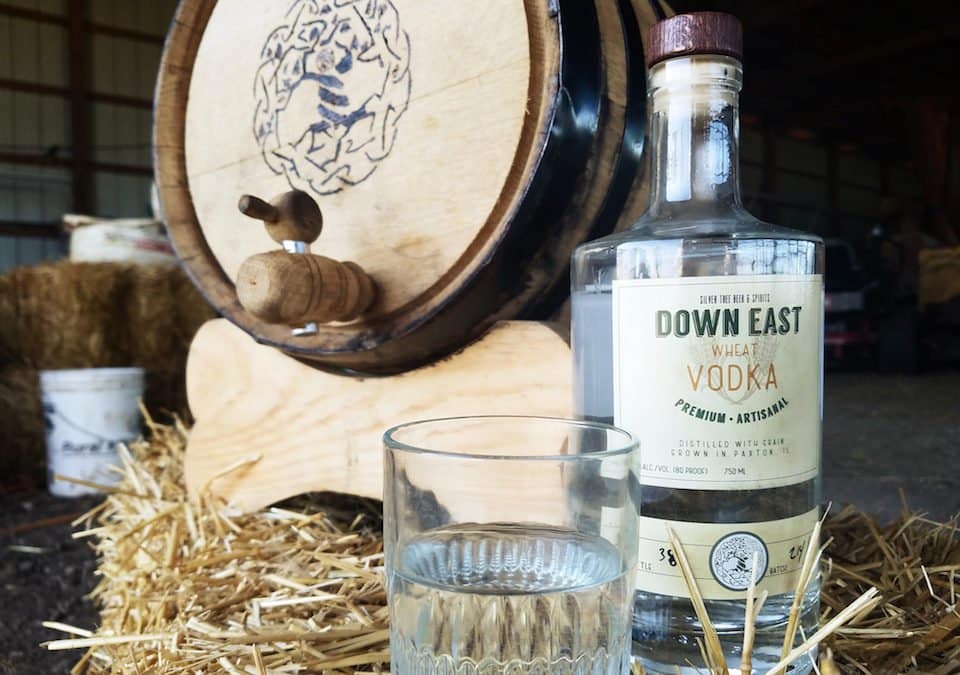 Photo Credits: Silver Tree Beer & Spirits
Interested in getting your own feature on The Crafty Cask? Click here.

Brothers are often grouped in stereotypes steeped in competitive behavior. Add booze? You may have a brawl on your hands. Luckily this is not the case for the Illinois based brothers behind Silver Tree Beer & Spirits. Will, Clayton, and Dallas Glazik took their deep family farming history, passion for alcohol and collective knowledge to build a family business with ingenuity, environmental consciousness, and an incredible product. The humble beginnings behind their inspirational story are a reminder for us here at The Crafty Cask of why we do what we do. People connect with the people and stories behind amazing craft drinks and this is a story worth getting familiar with… 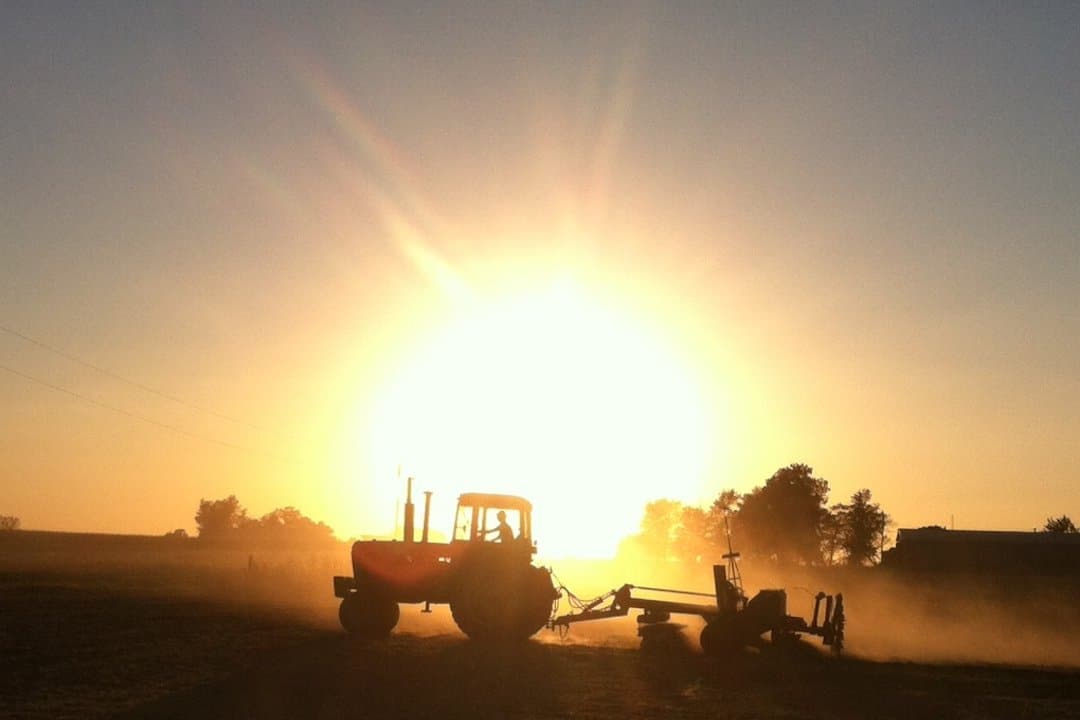 Twenty-two years ago, the Glazik family owned 80 acres of land that eventually grew to 400 by 2003. What did they grow? Wheat, specifically a strain that their father has been perfecting for the past 13 years. Shaping this precise strain of wheat is a feat that comes with experience – their father and mother being fifth generation farmers themselves. Growing up, the three brothers were heavily influenced by their parents’ passion, dedication and eventual organic approach to farming. Little did they know this would lay the foundation for their future to create their first home brews and craft spirits.

Farming the land conventionally didn’t appeal to the Glaziks as their farm grew, nor did the whopping cost. Many think organic farming is more costly…and depending on how you look at it, it is. But if you look at it with a different lens, as the Glaziks did early on, it can be hugely beneficial since you’re spending your limited resources on higher yield activities . For example, organic farming can vastly minimize inputs (machinery, chemicals, seeds needed, etc…), increase organic matter, and self-rejuvenate the soil if you use cover crops properly. Rearing livestock like cattle, pigs, and chickens, while also feeding them the grains they grew, made this organic farming practice a full circle operation.

Rather than hiring a large crew, the Glazik family took care of most of this farm management themselves, keeping the farm close to their hands and cementing it as the soul of this family. That being said, farming is notoriously difficult often leading to little profit for a lot of work. The brothers started thinking of how they could add value to the family business. Enter the world of craft spirits. 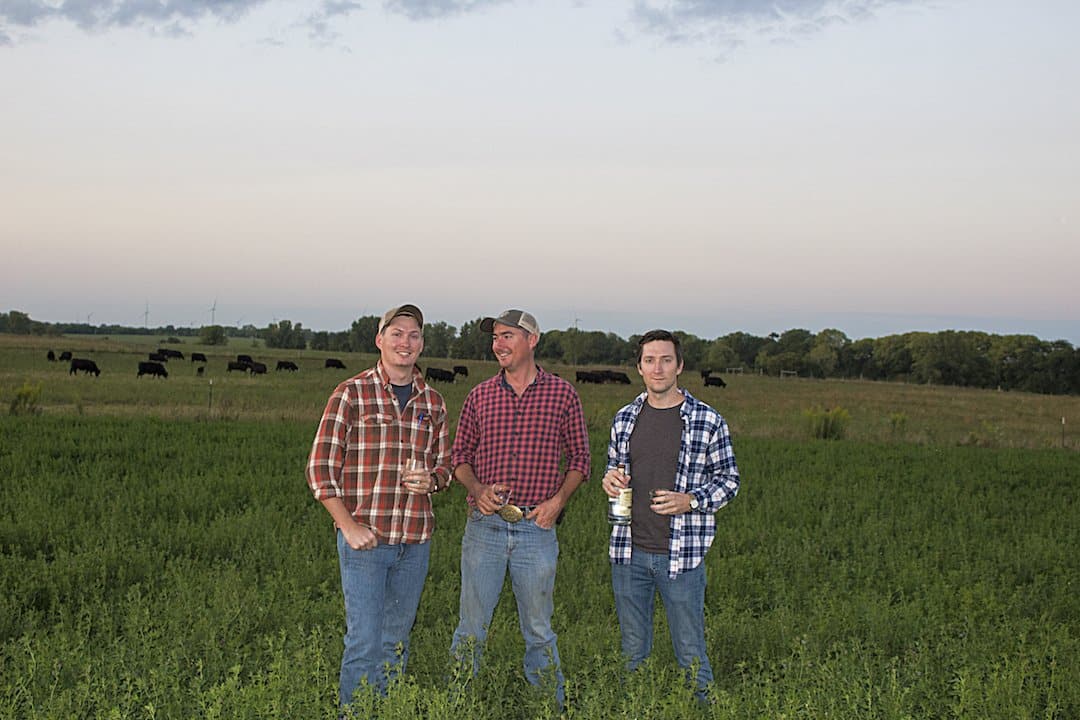 Youngest brother Dallas is the President of Silver Tree and get’s credit from his two older brothers for coming up with the initial idea of making craft spirits with their father’s unique strain of wheat. His expertise lies in soil and water conservation which continues to push Silver Tree further into environmentally conscious thinking as they continue to grow their company.  Middle brother Clayton has a degree in advertising and would become the brains behind the brand. Clayton is now their Chief Marketing Officer. Oldest brother Will, who is Silver Tree’s Director of Sales, studied crop science and has deep expertise in crops and biofuels. While helping manage the farm at a young age Will started making biofuel for the farms’ tractors as well as getting into home brewing…both of which became helpful as the three brothers took on the ambitious idea of creating their own craft spirits.

Take these three brothers, their common passions and upbringing and their diverse yet complementary skills sets and you have Silver Tree, one of very few true seed to spirit distilleries in the country. Grain to glass? Please. We’re going all the way back to the seed.

So What’s So Special About These Seeds?!

Sometimes life decisions are made based on circumstance. Once the brothers decided to use their farm’s crops for spirit making (kind of a no-brainer, right?) the focus on beer didn’t seem like the best strategy given the higher humidity which isn’t ideal for barley. But their family wheat, corn and other primary crops? Well, those have been perfected by their dad over the years…to the point where rather than buying seeds he holds the best parts of each year’s harvest back to replant the next year. After 15+ years of doing this they now have a line of their own proprietary seeds that work best for their land.

Think of it as terroir for wine. These seeds were born from their land and grow best on their land after being fine-tuned and replanted year after year. Similar to their wheat and other crops, their corn is also a unique, proprietary variety. It’s a type of red corn that has it’s own special flavor profile you simply can’t find anywhere else. To recreate the types of grains and crops being grown from their seeds any other farmer  would need the same, soil, climate grasses, pollinators, and beehives to recreate it. Like we said, terroir…but for wheat, corn, soybeans and other crops. Cool, huh?

From Seed to Grain to Spirit 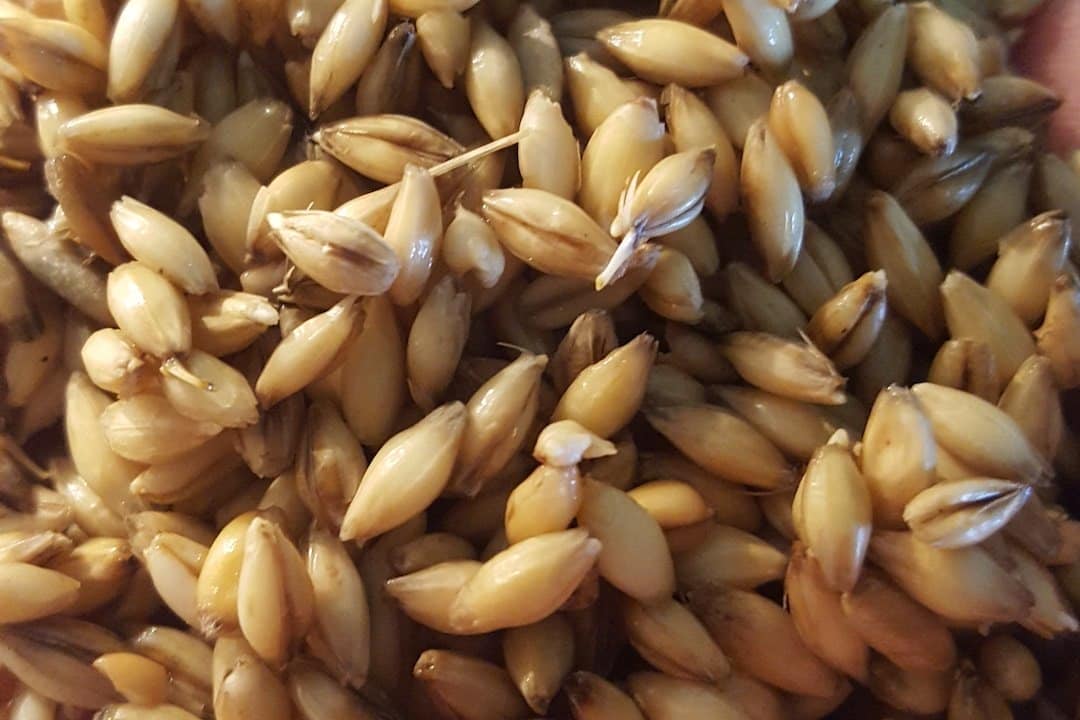 So the primary inputs for the spirits have been identified with confidence and excitement to bring this deep family farming history to life for a whole new consumer base to enjoy. But for a family of farmers that’s kind of the easy part! The next step was actually distilling. Instead of investing in a distillery of their own to start the Glazik brothers smartly teamed up with someone who already had a distillers license and is a pro in this space. Enter fellow seed to spirit distiller (only one of 3 in IL) Adam Stumpf. Stumpf runs Stumpy’s Spirits in Columbia, IL and he allowed the Glaziks to use his distillery license to make their first spirit – Down East Wheat Vodka.

This is one of the things we love the most about the craft alcohol industry. Two potential competitors collaborating for the good of the craft spirits consumer. Not only did Adam allow the Glazik brothers to use his still but he taught them some of the craft and even did extensive reserach with them to find the perfect two variety of yeasts for their unique strains of wheat and corn.

Down East is the heart and soul of that original family farm in Paxton, Illinois. The taste? Slight floral notes given by that special wheat make for a rich flavor with a little sweetness added. People are unanimously agreeing that this is a vodka exquisitely suited for on the rocks drinking. Oh, hi there…didn’t we tell you you were going to start sipping vodka straight in the future? Well here’s a perfect one to start with!  And while Down East is incredibly new to the market (it just launched in September 2017!) they sold out of their first run in just a month’s time! And that’s with only local marketing and distribution! As Silver Tree’s craft vodka following continues to grow outside of their home state, mark our words, these brothers and their spirits are destined for success. And look at you…you could be one of the first in the know. You’re welcome 😉

The Future of Silver Tree

Vodka and a bit of home brewed beer today, gin and whiskey tomorrow, this family does not dream small. Vodka is their main craft beverage for now but they do also produce some home brews. While there are no current plans to ramp up production of the beer if you’re in Illinois, you can get a taste at their brewing demonstrations. Keep an eye on their Facebook page for those. Luckily for us, their other prospects for growing their Vodka brand and developing their gin and whiskey (yup, that’s where that tasty red corn is going to come into play!) could become a reality rather quickly. In a year’s time, they’re aiming to begin the production of gin while simultaneously aging their first whiskey. Five years from now? They’d love to open a storage house and tasting room in the nearby city of Champaign, IL. All of this may sound ambitious but with larger distribution already in the works their future looks less shaken and stirred and more ready to drink.

Dying to get your hands on some of this vodka? We don’t blame you…it’s pretty incredible. Leave us a comment below and let us know where you are so we can help the Glazik brothers build out their plan to get this spirit into your glass ASAP. Do you think we should do one of our feature videos with the Glazik brothers to learn more about them and Silver Tree Beer & Spirits? Let us know that too! We’d love an excuse to head out to IL and have our city-girl founder play in the wheat fields for a bit to bring you another look at a great story!