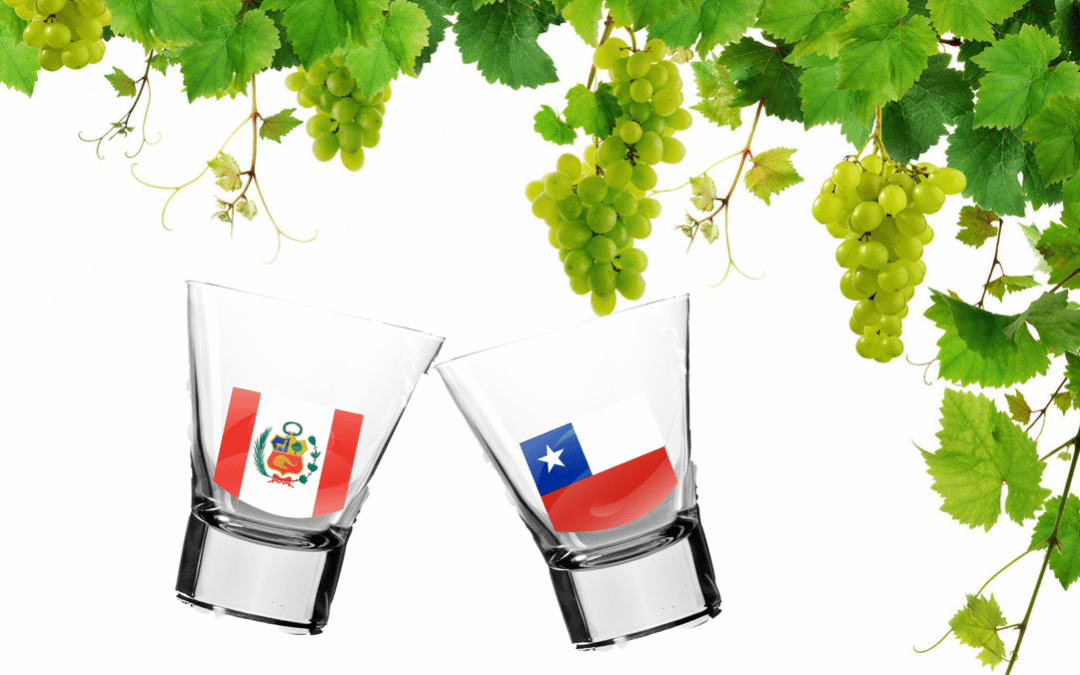 There are never-ending rivalries such as Boston Red Sox versus the New York Yankees, Dunkin’ Donuts versus Starbucks, and Star Trek versus Star Wars.  However, there is a rivalry that predates all these examples: Peruvian Pisco versus Chilean Pisco.

This feud is never-ending.  In this corner is Peru who claims to have the exclusive right to produce and market pisco.  In this corner is Chile who believes their wine brandy should also be called pisco.  Both countries produce the grape brandy and each believe it’s their national beverage. Even when the countries find themselves at odds for something unrelated to pisco, they’ll find a way to bring the beverage into the contest.  In 2011, Peru and Chile played each other in the Copa America soccer championship in what people called “the Pisco Battle.”

Here at the Crafty Cask, we will be your referees in this battle, giving you a play-by-play account of this rivalry. But we want to provide an overview of these countries’ beloved piscos; both countries distill the grape-based spirit but have slightly different methods, which offer different flavor profiles and variety to a spirit many of us have only had in a Pisco Sour.

Why is There a Rivalry?

Things started getting sour (pun alert!) in 1879 with the War of the Pacific, where Chile fought against Peru and Bolivia.  In 1929 a portion of Peruvian territory transferred to Chile, deepening the rivalry between the two neighboring nations.

Enter the war of pisco. I’m not referring to a military battle but instead the fight over which country gets to claim naming rights and recognition of pisco. The rivalry is so bad that Peruvian piscos exported to Chile must remove pisco from its label.  Chile wins the battle for producing more pisco than its Peruvian counterparts, but Peruvians would say their strict production regulations provide for a consistently higher quality product.

Similarities Between Peruvian and Chilean Piscos

While there are quite a few differences, first let us point out the primary similarity.  Many, but not all, of the grapes the neighboring countries use for pisco, such as torontel or moscate, are the same. So if the base of this spirit is often similar, what are the differences?

Before we jump in to that, let’s just burst the bubble now. Here at The Crafty Cask we will never say which pisco is better. Never! Because let’s be honest, there are quite a few we like from each country given their unique differences. What we can tell you is how the different distillation methods offer a variety of flavors and potency, which is great for drinkers looking to find their favorite craft brand(s).  If we are particular about our wine, beers, and other spirits, pisco should be no different, right?! 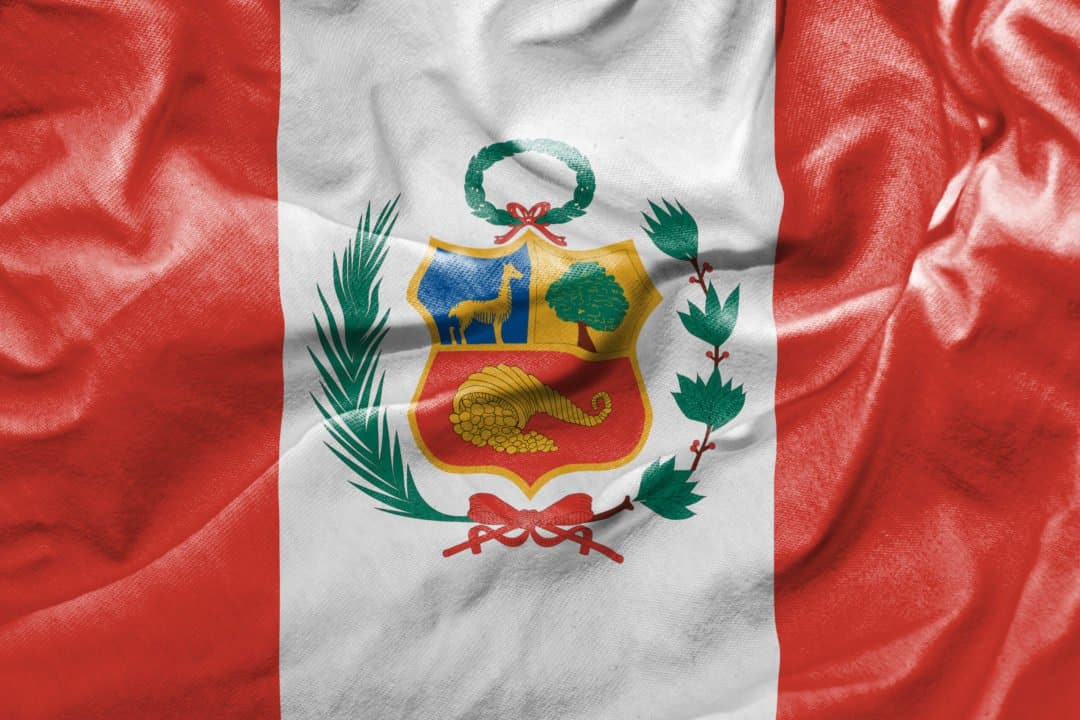 Distillers in Peru can create pisco from low alcohol-content wine using one or more of eight different grape varietals.  These grapes are typically grown in a higher humidity climate on the coast.

As you learned in our Pisco 101 article, Peruvian producers distill low alcohol, young wine where it then must be bottled straight out of the still.  The laws require only one distillation so flavors and aromas will be more prominent.  Some compare Peruvian piscos to a grappa because of its distinct fruit flavors and aromas.

After distillation, piscos go straight into glass, copper, or stainless-steel containers where it sits for three months. These vessels do not change the flavor but serve to let the flavors blend and marinate naturally.  Peruvian piscos tend to be clear or have a yellowish hue. Finally, when producers bottle they are prohibited from adding any water to reduce the alcohol content.

Regulations in Peru are incredibly strict and believe in what many refer to as purity laws: the regulations pisco producers must follow limits creativity but also emphasizes high-quality, consistency, and being as natural as possible. 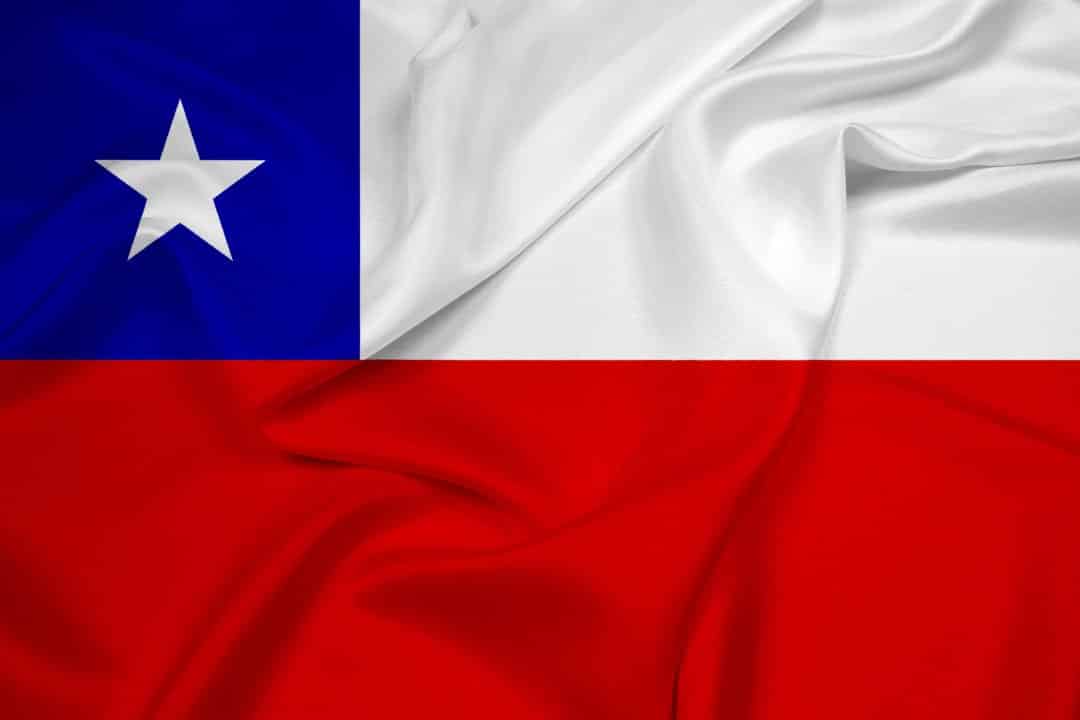 The first key difference here is that Chilean producers grow grapes in desert conditions with extremely low humidity.  Unlike Peru that requires producers to use only eight grape varietals, Chilean producers have13 varietals to choose from. Chilean producers can use semi-fermented, young wine like their Peruvian counterparts…but they typically use fully fermented wine. Sometimes even infused with additional fruits.

The next difference is distillation.  In Chile, producers can distill the spirit as many times as their heart desires.  Like any distillation process, multiple distillations remove more impurities as well as flavor and aroma.  Multiple distillations also raise the alcohol content. In fact, some Chilean pisco brands are marketed for vodka drinkers because they are colorless and flavorless compared to less distilled versions.

Chilean producers can age piscos in wooden barrels.  The result is a pisco with a golden or amber color and with the characters that come from the wood such as vanilla and maple syrup.  For people who like Cognac, aged piscos from Chile would be your jam.

On the other end of the ABV spectrum, Chilean producers can add water at the finishing stage to bring down the alcohol content.  You can find bottled Chilean varieties with higher and lower proofs, unlike in Peru where they can only distill once and no water can be added.

Settling the Rivalry: How do they Taste?

Stalemate. We’ve reached an impasse.  The pisco rivalry between Peru and Chile will not be settled anytime soon, but what we do know is there is a pisco for everyone. Our biggest lesson from this rivalry? Try your pisco straight before making it into a Pisco Sour or Pisco Punch! All piscos are certainly not created equal. Straight sipping is important to learn what you like and expand your palette. Plus, you may discover (like we have!) that some are so delicious on their own you wouldn’t dare mix it into a cocktail. Only one way to find out!

There are so many variables that can affect the final product, whether it’s geography, a country’s regulations, or the preference of a distiller where creativity is allowed.  Small Chilean producers have more freedom to add their twist to a local spirit, much more like a winemaker.  But if you drink a pisco from Peru, you know you are drinking a consistently made traditional spirit.

Have you had pisco from Peru and Chile?  Which one do you prefer and why?  We promise not to tell the other country ?