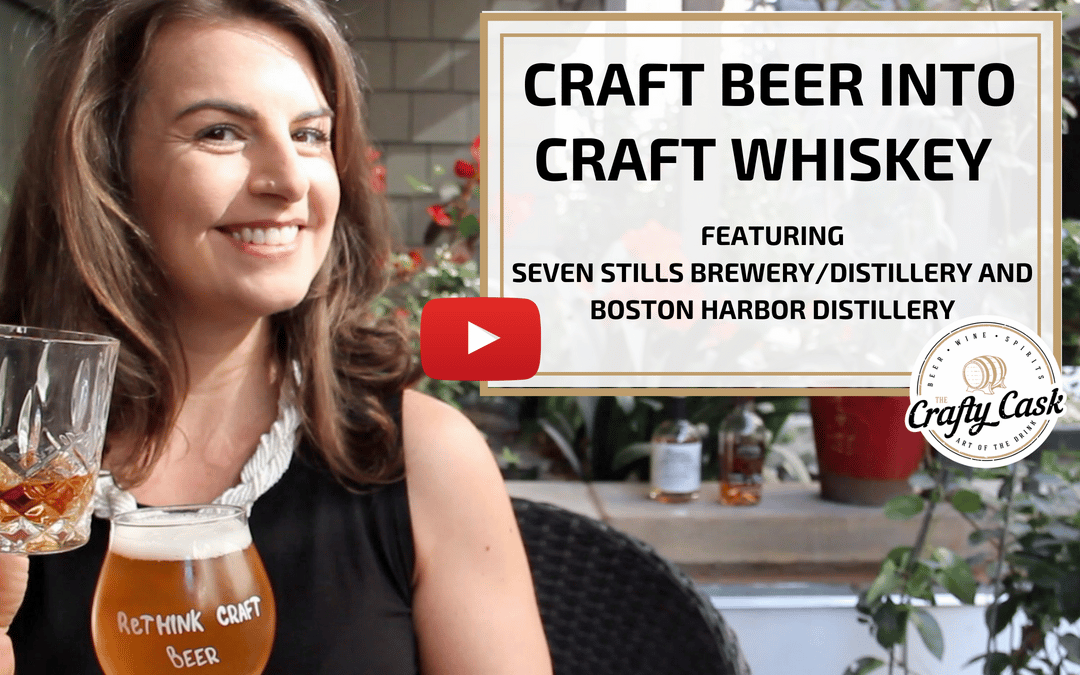 We just love the trend of turning craft beer into craft whiskey and are thrilled to see that it’s really starting to take off! It creates super complex and deliciously different whiskies that you should definitely be keeping an eye out for when shopping and drinking. While this isn’t exactly new to distilling, it is becoming a hot trend that we’re seeing more and more of with interesting collaborations between craft brewers and craft distillers everywhere we turn.

In this video we’re featuring rums from the fabulous Boston Harbor Distillery in Massachusetts and Seven Stills Distillery & Brewery in San Francisco.  Take a spin through and start getting familiar with the incredible innovation and flavors happening in craft beer turned into craft whiskey. After you watch, click here when you’re ready to get your hands on the good stuff we’re tasting!

Hit Play To Learn All About Distilled Beer!

Historically, Germans have been making spirits from beer for generations with their bierschnaps or bierbrand which, you guessed it! Is schnaps and brandy made from beer. There are also examples decades old from Japan and, of course, here in the United States. Charbay Artisan Distillery and Winery is probably most well known for this, taking Bear Republic’s Racer 5 IPA back in the late 90s and distilling into what very well may have been the first whiskey made from an American IPA. Charbay Whiskey R5.

I don’t know about you, but we’re pretty excited to see that this somewhat sleepy trend is really starting to take hold! While we feature two of our favorites in the video you just watched you can also read our full articles on Seven Stills and Boston Harbor Distillery to learn more about the distilleries and hear their stories. Have you found any fun distilled beers out there? Let us know in the comments so we can try them too! Or are you a skeptic? Tell us why and let’s get the boozy debate started!

Missed this video when we first launched it? Let’s make sure that doesn’t happen again!  Subscribe to our YouTube Channel so you don’t miss upcoming videos. Have a suggestion for what those videos should be? Let us know in the comments below!