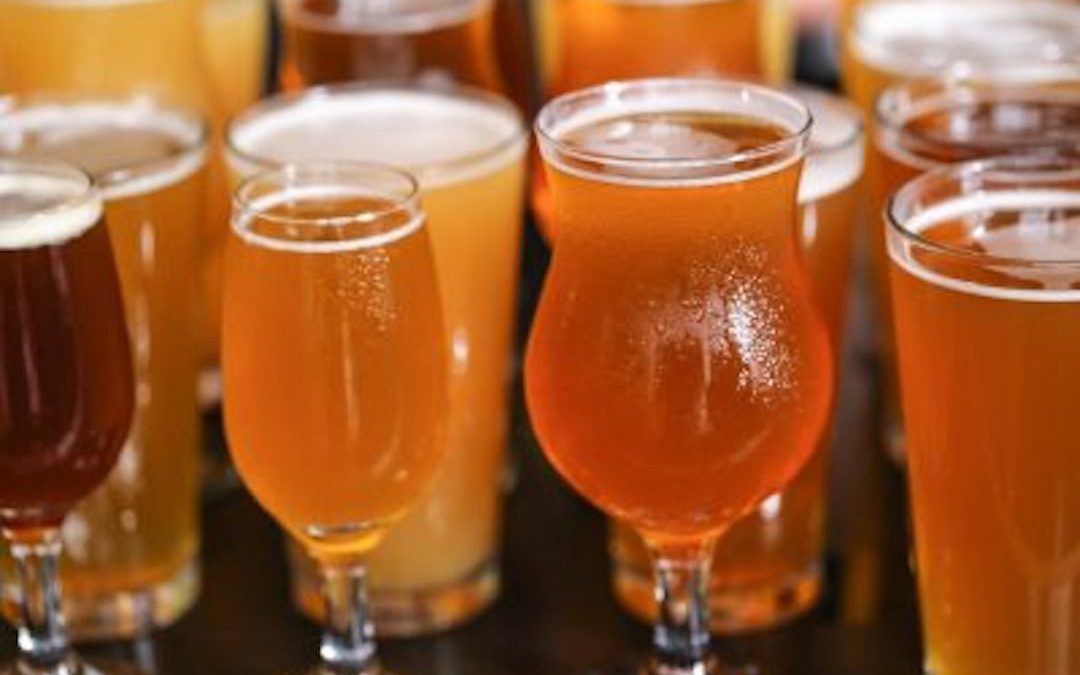 Are you in the mood for something that’s both sour and refreshing? Did you read our lip puckering intro to Sour Beers and become inspired to take the plunge? There are so many different sour beer styles that finding that perfect pint of tart deliciousness is possible yet, at times, daunting. Lucky for you, The Crafty Cask team created a guide of different sour beer styles complete with recommended food pairings to get you started. Disclaimer: recipes and chefs not included (yeah, we wish they were too!).

Our First Of The Sour Beer Styles – Lambic

Lambics are the most common of the sour beer styles seen on menus. It was my first experience with Sour Beer, actually. Oh the memories. Brewers add whole fruit, juice, or syrup at different points in the production process.  Adding fruit during or after fermentation makes for a fruit bomb in your mouth, while fruit added before is less sweet.  Most lambics feature raspberry (framboise) or cherry (kriek), but you’ll occasionally see other stone fruits like apricot. Lambics take on the color of the fruit that’s added during fermentation. The level of sour varies (Curious about where the sourness in sour beers comes from in the first place? Take a quick detour to this article for a full primer) but in general these beverages tend to be on the sweeter side because the fruit balances out the tartness. Perfect for the beginner sour drinker! For those who want a more complex lambic, check out a Gueze, which is a blend of old and new lambics.

We recommend pairing a lambic with anything featuring fruit. A green salad with peaches and goat cheese would be a great combination. Not into greens?! Lambics fabulously pair with Belgian waffles covered in berries. Breakfast beer!

Do you like beer with a lower ABV?  A Berliner weisse (Berlin white) may be the sour beer style for you. A Berliner weisse is a perfect combination of citrus, wheat, and lactic acid (not to be confused with that lactic acid from running the Berlin marathon, you overachiever you!). This sour beer style hails from Berlin and its balanced tartness comes from brewers adding raspberry or Woodruff, an herbaceous plant. A Berliner weisse has higher carbonation so it’s incredibly effervescent. The lower alcohol content brings out malt and yeast flavors.

We recommend allowing your inner Berliner to come out through your food pairing. Chowing down on a large pretzel with mustard will transport you to a Hofbrauhaus. If wearing lederhosen isn’t your thing, salty food (especially French fries) pairs well with this libation.

Repeat after me: G-O-S-E (Go-sah). Do not confuse Gose with Gueuze that you read about above. Ok, I’m glad we cleared that up. Gose is tangy, fruity, and thirst-quenching on a hot, summer day. This style of sour beer includes ingredients such as wheat, barley, salt, and coriander…. wait, what?! Yes, you read that correctly salt and coriander. Some brewers will add some fruit but only to balance out the salt and wheat-flavors. Often these fruit flavors are a bit more out there than the lambic style fruits…things like grapefruit, guava in a gose are not uncommon. The result is a combination of sour, salt, and citrus with a nice, light balance of sweetness.

For the seafood lovers reading this, this is the best of the sour beer styles for you. We recommend having a good ol’ fashioned New England clambake with Gose to wash down crab, clams, and even lobster because it would complement the sweet undertones with super fresh seafood. It would also cut through all of that butter you’re drowning your lobster in quite nicely…yeah, we’re onto you! Throw in some mango salsa if you’re making fish tacos. We also suggest pairing Gose with cheese that would bring out the citrus flavor like goat cheese or Asiago.

If you like a drink that is acidic with hints of berries and oh yeah…red…I’m referring to Flanders red ale. Ha! And you thought I was talking about wine. This Flemish-style sour beer gets its distinct red color from specialty malts added to the base beer and the long fermentation process in oak barrels. Some brewers also blend old and new batches to add dimension to the beer. Even though no fruit is added to this particular sour, the malts produce lush, berry flavors like cherries or plums.

The food pairings of a red wine are similar for a Flanders Red: red meat, cheese pizza, and chocolate. Who doesn’t love this menu?

American Sours – The Rebellious of the Sour Beer Styles

Like most craft beverages in the U.S., American sour beers do not have a distinct, reliable characteristic because brewers are borrowing a bit from their predecessors and, at times, changing the rules on how this beverage is made. Some brewers use innovative ingredients for a unique flavor profile – for example, adding hops during fermentation. Bitter and sour?! Hold on, not necessarily. Check out our full rundown on hoppy vs bitter in this article all about IPAs. Other brewers are playing with the process of making sour beer by fermenting sour beer in freshly used wine barrels or blending multiple batches or even blending sour beers with other beverages like sake. It’s an exciting time for craft brewers for making sour beer and for all of us who get to try them.

So what’s a sour beer seeker in the states to do?! We recommend pairing a local sour beer with local cuisine because the ingredients will have similar profiles. Find a great sour beer from the Northwest and pair it with some Pacific salmon is just one example. Since brewers are being so creative though, this may not always be the perfect pairing. Enter the perfect time to get friendly with your bartender or brewer for their suggestions!

So did we convince you to run to the store and buy sour beer?! We hope so. We love to sip on a sour beer with a cheese plate filled with stinky cheese, meats and stone fruits. There really is something about the acid and fat combination there that makes us happy in our soul. If you’re new to sour beer make sure to let us know what you think in the comments below. For those already on the sour beer train, what are some of your favorites that we should put on our “must-try” list? What food do you typically pair when enjoying a sour beer?