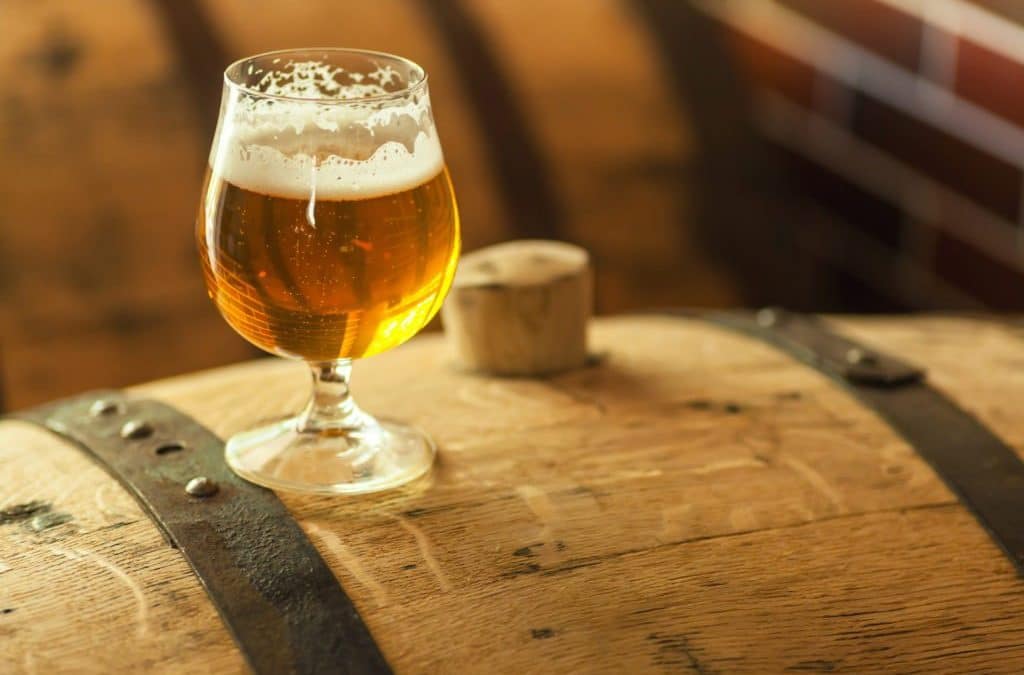 Sour Beers: they’re sour. Just reading this post will make your mouth water. (You’re welcome!) For those who haven’t tried a sour beer, it’s quite the experience. Your first sip will be a shock to your palate, and for some it may taste like a bad batch of beer. Give it time and a few more sips and you’ll be hooked. If you’re someone who likes dry, European ciders or funky, farmhouse ales or barnyard, earthy wines I’d make a solid bet that sour beers are going to be right in your wheelhouse! And if not, I bet we can still find a perfect sour for you…

As craft brewers experiment with different beer styles, we’re seeing more sour beers in local liquor stores and in taprooms. Let’s jump in with a little bit of background about sour beer and the different flavor profiles. Hopefully I can convince you to try one for yourself!

First things first. Where does sour beer gets its distinct taste? Before the chemistry lesson that’s about to go down, it’s important to remember that sour beer is a beer. This means the process of making sour beer is similar to its less-funky counterpart. Also, making sour beer requires having a “base beer,” which is no different than beer. That means you can have a sour ale or a sour porter or pretty much any other style of sour you can think of!

So what makes sour beer sour, you ask? Sour beers become sour when brewers add specific wild yeast and bacteria to create a tangy concoction: Lactobacillus, Pediococcus, and Brettanomyces yeasts. Brettanomyces, or “Brett,” is a wild yeast that is found growing on the skins of fruit. Lactobacillus and Pediococcus are responsible for making the sour taste. Try saying that five times. Even though there are brewers making sour beer all over the world, these wild three ingredients are traditional in making sour beer and all have remained the staple in sour beer production.

Brewers add the bacteria into the beer, and the bacteria eats the remaining sugars left over after fermentation. Some brewers will use oak barrels, often after being used to make red wine or bourbon, while others use a method with large, open tanks of beer where yeast is added and does its magic. The bacteria used to make sour beers are so potent and active that most brewers keep regular beers far away during fermentation to prevent contaminating their non-sour beers. #SourSegregation

The fermentation process varies. For the DIYers, your at-home beer kit will allow you to make sour beer in a matter of days (and if you’re worried about contamination given what we just told you here’s a good article on how to avoid that), but for larger scale breweries they often allow the fermentation process to go on for months. It is during this time the beer becomes increasingly acidic and the typical unique flavor of sour beer. Craft producers play with the flavors of sour beer by varying the fermentation time, adding fruit and spices, barrel aging, and the amount of bacteria and wild yeast.

Ok enough science. Let’s talk about how it tastes….

There is more variety with sour beers than you think. Some producers add fruit during the fermentation process making for a sweeter, fruiter profile, while others are mouth-puckering. They vary in alcohol and color but common to all sour beer is its funky flavor. Sour beer flavor profiles fall on a spectrum and knowing the different varieties will help you understand their style. There are a lot of varieties, which we’ll go into further in our next post on this topic. Until then, here are a few distinct styles to get you started:

For the red-wine drinkers, I recommend a Flanders Red, a medium-body sour beer that’s aged in red-wine barrels that creates a combination of acid and fruit. Known for its wine-like taste, color, and even has been referred to as the Burgundy of Belgium.

If you like a cloudy, highly tart cider, a fruity lambic may be your jam. Lambics deliver a mouth-puckering kick of cherry or raspberry and are thirst quenching, particularly on a warm day.

If you like IPAs or APAs, go to your local taproom or liquor store and look for a hopped American sour beer. Craft brewers in the U.S. use non-traditional ingredients and newer fermentation techniques to offer innovative flavor profiles and there are quite a few adding dry hops. This makes for an oddly fun combination of sour and hoppy.

Have you had a sour beer? If so, tell us what you think…love it? Hate it? We love a good boozy debate!