IPA: Beer that Knows How to Have a Hoppin’ Good Time 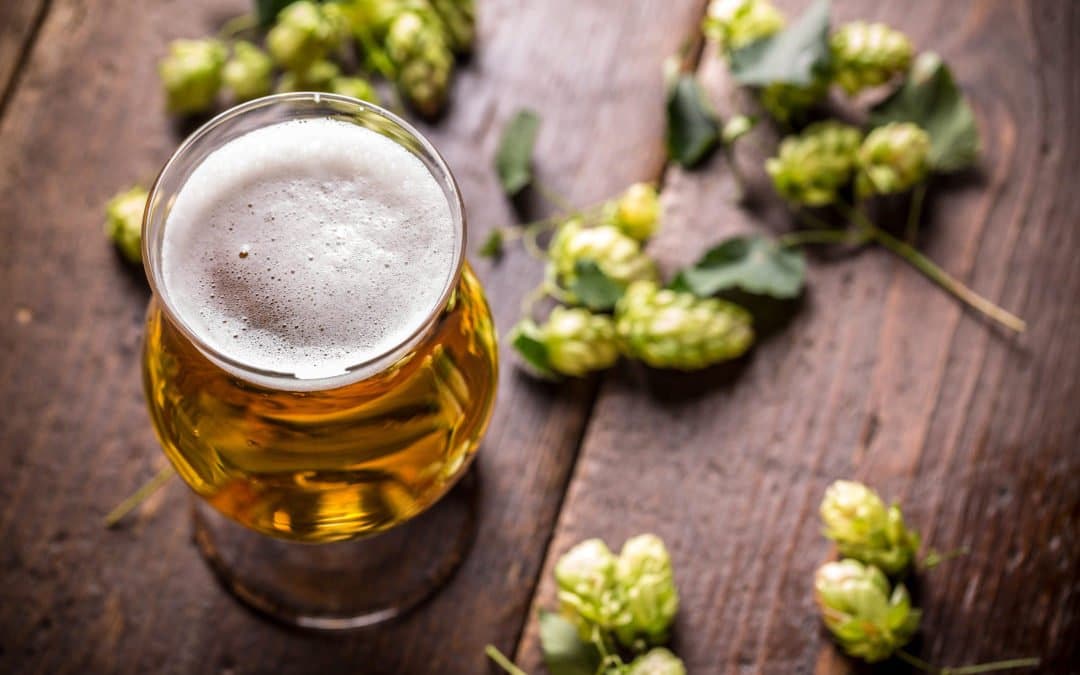 Why am I jumping around and singing hip hop? We get to talk about a delightful beer that leaves you with a hoppy kick with every sip. India Pale Ales are a polarizing beer at the outset… it often seems like people either love them or hate them. Today we’re relying on our own personal journey along the hate to love spectrum to teach you all about IPAs. We’re convinced that once you learn a bit more about them you’ll agree be able to find a variety for almost every palette and mood, while still appreciating their characteristic hoppy persona.

The initials IPA stand for India Pale Ale. I know what you’re thinking, “ok, so this beer style originated in India. … Woot woot! For.the.win!” Not so fast. India plays an important role in IPA history, but that’s not where it came from.

How did IPA get its name?

In the 18th century, Britain colonized India and sent troops (and beer) over by boat. #priorities. But the British experienced a few problems: a really long boat ride and a super hot country wreaked havoc on the beer. A London brewer named George Hodgson decided to create a beer with extra hops to preserve the beer. You read that right…the whole point of hops initially was as a preservative, not for flavoring at all. The beer, originally called October ale, not only survived the journey, but it also tasted pretty darn great. And this hopped-up concoction became the base profile of IPAs we drink today.

Demand for IPAs grew in Britain and large brewers took advantage of its popularity. Brewers attempted to imitate Hodgson’s formula while appealing to a broad drinking audience, but this resulted in a weaker IPA more akin to pale ale. Refrigeration also contributed to the decline of IPA in Britain. IPAs fell out of popularity for about a hundred years until…

In the 1970s, American brewers developed a new found passion for the original IPAs and resurrected the brew. Many even distinguish American IPAs (APAs, if you will) from regular IPAs because of distinct differences between them. In the past 10 years, craft brewers added their unique twists and made IPAs one of the most popular beer styles in the country.

In a nutshell, IPAs are an amped-up, hoppier version of a pale ale. IPAs are a boozier version of pale ale (4-5% ABV) because the hops raise the alcohol content between 5-7% ABV but sometimes as high as 9%. 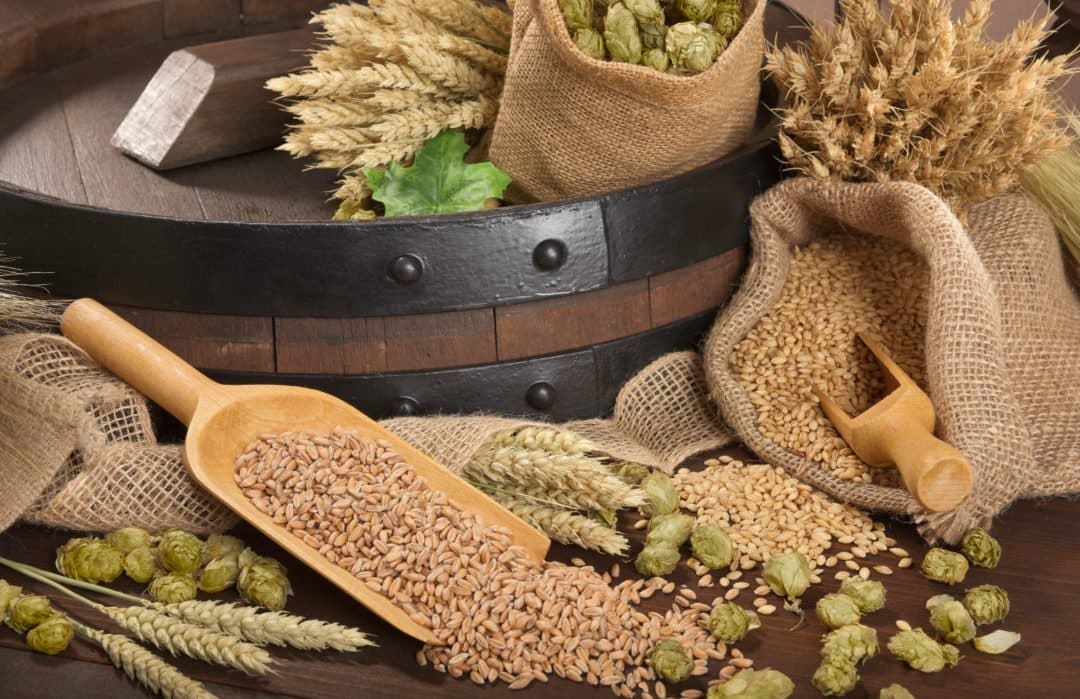 For those who prefer hip hop over beer hops and have perhaps been turned off by IPAs sometimes unbearable bitterness, it may be time to try again. IPAs have come a long way and offer a variety of styles. From bitter to fruity to earthy to bread-y, there is an IPA for everyone. Here are a few terms that can help you on your quest for the perfect IPA.

Hops are the crown jewel of IPAs, but how do they affect the taste? A lot of beer drinkers often confuse bitterness with hoppiness. Bitterness and hoppiness go together like peanut butter and jelly, but there are hoppy beers without intense bitterness.

Hops are flowers of the hop plant, or the humulus lupulus plant for you botanists. Hops are used to preserve beer, and they add flavor and aroma from their essential oils. The earlier a brewer adds hops during the production process, the more bitter a beer will be. And the later a brewer adds hops the less bitterness and more aroma and flavor the essential oils will impart. Industry folk commonly refer to this different use of hops as bittering hops vs. flavor/aroma hops.

Not only does the timing of the hops matter, but the variety does as well. Some hop varieties can be staunchly bitter, but other hops can produce fruity, spicy, or citric aromas and flavors. Of course, there are hops that produce funkier odors that people describe as smelly socks or marijuana.The type of hops and quantity (and amount of time they’re present in the brewing process) will determine different finishes and strengths.

While not all IPAs are equally bitter, if the bitterness is what scares you away it’s time you get familiar with the metric called IBUs (International Bitterness Units). IBU is a standardized measurement of bitterness for beer. The bitterness scale measures the amount of alpha acid compounds in a beer, but for those of us just drinking the beer, it’s a way to predict perceived bitterness. The scale basically tells us that the more IBUs, the more bitter the beer will taste with 0 as not at all bitter to 120 as very bitter. A bitter American IPA would rate around 120 IBUs, but you can find an English-style, less bitter IPA around 40 IBUs.

If a pint of IPA  is still sounding a bit too hoppy and bitter for you, have no fear because in addition to looking for those lower IBU numbers there’s malt to help you out. Malt comes from the barley grain and is usually roasted before being during beer production. Brewers add malt to add sweetness and a darker color to their beer and, when roasted, to produce a nutty aroma. Beers with more malt tend to be less bitter. If this more balanced style has you intrigued, you should be on the lookout for a more traditional English IPA. They’re slightly sweet, less hoppy, and go divinely well with chocolate. You know what I’ll be having for dessert tonight!

You can sometimes use the color to predict a beer’s taste. You may come across Black, White, or Red IPAs, which makes me think of the joke “What’s black, white, and red all over? An embarrassed zebra!” You’re welcome… you can have that one.

Black IPAs have more malt therefore have a deeper color and less bitterness. Unlike a stout or porter, it will have a hop flavor to it, but is typically a sultry, smooth beer with a slight bite. White IPAs combine the hoppiness of a traditional IPA with the wheat flavor of a Belgian witbier. The result is a light to gold color brew with hops and fruits and spices like clove. Finally, the Red IPA is amber in color and is typically known for its incredibly bitter profile.

Have a Hoppin’ Good Time 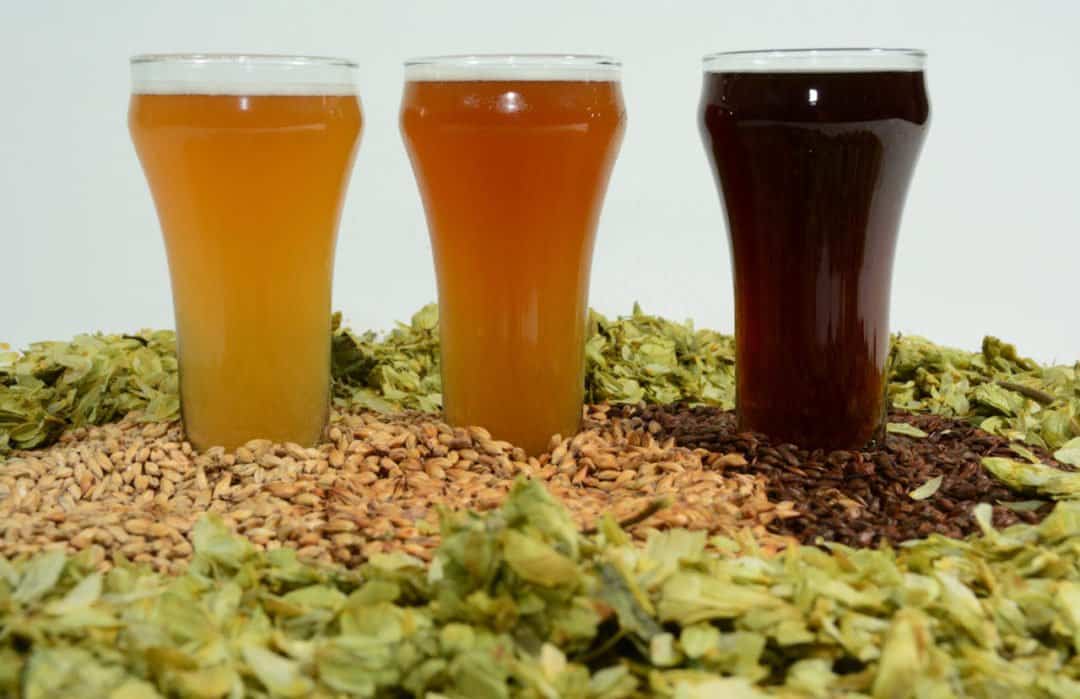 IPAs are popular among beer fans but they can also be incredibly polarizing. But if you haven’t tried one yet, you’re missing out! If you’ve tried one and disliked it, it might be time for a second go-round. Especially with new styles, like the more recently popular New England Style IPA, that are constantly popping up to offer a different spin on an IPA. What you knew of IPAs a few years ago is likely very different than what exists out there for you to try today, so I encourage you to get back in the IPA game and try different varieties whenever you get the chance.

Is there an IPA you particularly like that we should try? Are you a recent IPA convert (like our founder!)? If so, what was the IPA that helped you see the light? Let us know in the comments below so we can try it out too, c’mon don’t be selfish!