How Many Bottles In A Case Of Beer? And Other Fun Beer Trivia 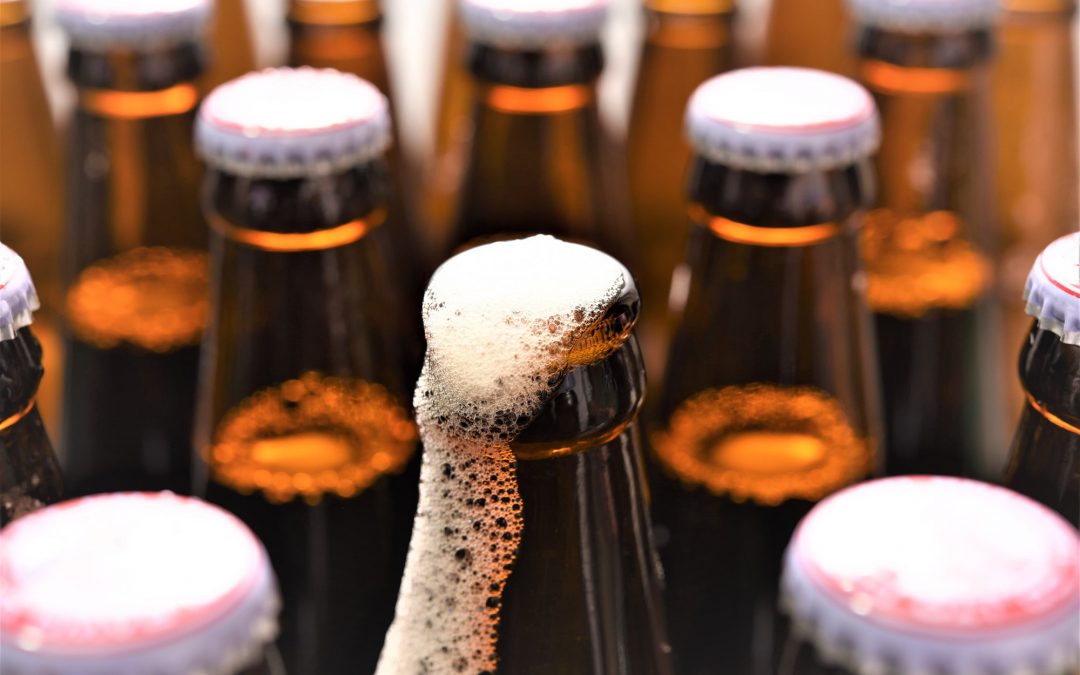 Today we’re having a little extra fun and trying to answered all the off the wall questions a beer fan could have. One of which being, how many bottles in a case of beer? So, between an evening at the pub, a serious beer pong tournament or those all important random debates you just have to win, here is what you need to know just in time for National Beer Day. Did we miss some? Let us know in the comments below and we’ll make sure to get them answered!

When is National Beer Day? you ask…

On the 7th of April…lucky for you it falls on a weekend this year.

What are the health benefits of beer?

As if we needed more reasons to enjoy a pint or two! It turns out that beer has a myriad of health benefits. For starters beer is high in antioxidants, okay, hops are full of antioxidants and beer is full of hops. Either way, antioxidants are great for our cells.

It also helps to prevent kidney stones by as much as 41% and its packed full of healthy kidney phytochemicals. It is also great for your bones thanks to its silicon contents and, as if we didn’t all know this already, it helps reduce stress.

Was beer really used as a form of payment?

Okay, you probably would not have wondered about this one unless you’re a brewer and want to pay for goods with your beer. But hell yeah! As far back as 5000 years ago in Egypt the laborers who were building the great pyramids received beer as a form of payment. And throughout history there were many other tippling transactions as well. I’m pretty sure there are still brewers out there who work a bit on a trade and barter system today as well. If it ain’t broke…

Why is beer sold in brown or green bottles?

When brewers first started packaging their brew in glass they used clear bottles. But when the beer was exposed to light the UV rays actually altered the taste of the ale to what has been described as ‘skunky’. The solution was to use darker glass, such as brown, to better preserve their brew. Green glass became popular after World War II when brown glass was scarce.

Interestingly, consumers often associate green glass with better quality beer even though traditionally brown is the better packaging. Today though breweries can have the bottle treated with a UV protective coating and use any color bottle they want. #technology

Which US States Drink The Most Beer Per Capita?

New Hampshire, Montana, North and South Dakota consume the most beer per person…all right up around 40 gallons per person per year! However the US does not even feature in the top ten countries despite an average consumption rate of 26 gallons per person. Speaking of…

What Countries Drink The Most Beer Per Capita?

Another fun related fact here – China officially now drinks more Budweiser than we do here in the States! Yes, it’s a big country but a recent driver is that here in the US consumption of imported beers and craft beers has increased from 12% to 32% in the past 15 years.

Why are Monasteries known to brew beer?

Well, if you didn’t know monks brewed beer…surprise! And it’s pretty good stuff too. They even have their own QC association. The International Trappist Association represents 20 beer brewing abbeys, which must conform to certain standards to carry the Trappist trademark which functions in the same ways as any ‘of origin’ label. Proof of its authenticity.

The reason behind the brewing however, is that Monasteries were traditionally places where a traveler could get food, drink and a clean place to stay. To that end they produced numerous products, beer included to be able to fulfill that responsibility.

Plus there was that pesky fasting period where they weren’t permitted to eat, and since we all know there is a loaf of bread in every beer, they drank their calories instead.

Is There Really A Loaf of Bread in Every Beer?!

Good catch! No, there is not. It’s more like 2-7 slices of bread from a calorie perspective depending on the bread and beer you’re using for your comparison.

Can beer be used as a disinfectant?

Mmm, no. Trying not to judge these questions here, but huh?

What is the strongest beer in the world?

Unsurprisingly it is labelled Snake Venom. Surprisingly, it is brewed in Scotland. Which makes us wonder, how many bottles in a case of Whiskey?

What is the most memorable beer slogan?

This is clearly subjective but our top contender is Birkenhead Beer… “Helping ugly people have sex since 1852”. We’d love to hear some of your favorites!

But to get back to our very first question that started us down this rabbit hole….

How many bottles in a case of beer?

If reading this has made you thirsty, head over to our beer page. Here you will find all sorts of interesting craft brewery introductions, information on styles and an intro to some pretty awesome beers to try along the way.

Do you have more burning questions about beer? Perhaps some more difficult than how many bottles in a case of beer? Grab your favorite brew and settle in with this book it will transform you from novice to expert in twelve tasting glasses. But if you don’t find the answer in there, leave it in the comments and we will do our best to find the answer for you.